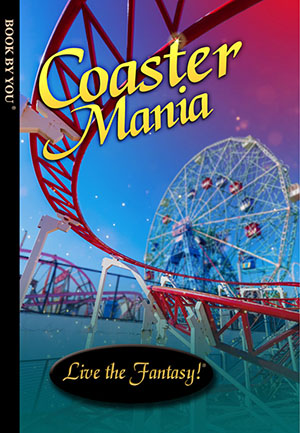 Please Wait!
Coaster Mania provides a wild rush when our two stars become "trapped" in a roller coaster video game. They build tracks, ride them, and try rescuing their favorite pet while hoping to get home amidst a mistaken assumption they're thieves. Hop on - it's a great ride!   Read More

Fasten your seatbelts for Coaster Mania with roller coaster thrills zooming off the pages as our two stars grab a lucky chance to test a new, exhilarating video game with an amusement park setting. The game developer says, "Sometimes I just can't tear myself away," which proves to be all too true as our dynamic duo suddenly find themselves transported into the video game's amusement park.

The two pals face challenge after challenge in their adventure, including rescuing a trapped pet while desperately trying to evade a hostile gang of park workers that mistakenly believe them to be troublemakers and thieves. They solve their predicaments with ingenuity and daring and escape from the video game in the nick of time, arriving home safely, smarter and wiser than before.

Along the way our two stars build a science fair project and explore the science of roller coasters, not only in their video game but also by making model roller coasters that readers can build on their own at home using inexpensive materials.

"Best book ever! My son already has three of your kid's books and Coaster Mania is his favorite (Secret Code is a close second). He loves roller coasters so that didn't hurt!"Sherry G., Snellville, GA

"I'm a happy grandma! Coaster Mania was a hit for my grandson's birthday. It's tough to get him to read but he couldn't put it down. He loved having our dog Rusty in the story. I'll be back for more."Tammy F., New Castle, DE

"My daughter, Aubrey, loves Coaster Mania. She won't share though, so we'll have to get her little brother his own personalized book!"Calli O., Lansing, MI 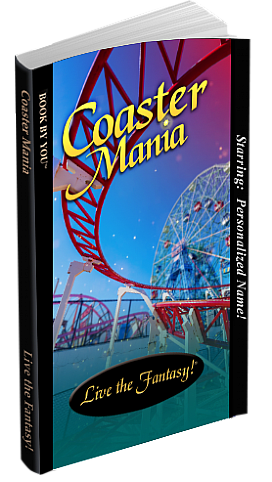 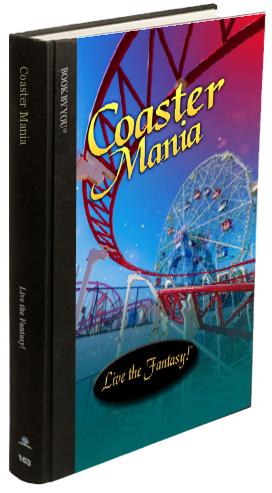 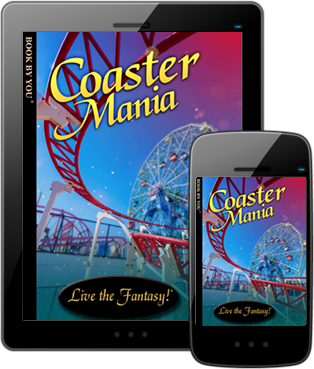