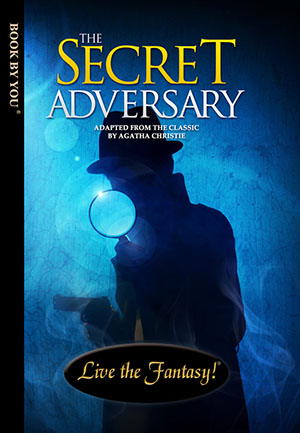 With Book By You’s customizable version, now you and a friend can become Christie's tenacious investigators. Tommy Beresford and Prudence “Tuppence” Crowley are down on their luck; they have no money, and there is little work to be had in post-World War I England. Desperate to change their fortunes, the two friends decide to hire themselves out as investigators “willing to go anywhere and do anything.” Their new company, Young Adventurers Ltd., has a simple motto: no reasonable request is refused. It isn't long before this motto gets Tommy and Tuppence more than they bargained for -- they are contacted by three different people to help unravel the mystery surrounding Jane Finn, a woman believed to have drowned in a shipwreck four years earlier, who supposedly has resurfaced with sensitive government documents.

Dive into starring roles in this high-stakes adventure full of mystery and intrigue, and see if you can crack the case! ...Read Less

Applause for The Secret Adversary

"The Secret Adversary was wonderful! Our kids gave us the book for our anniversary and we loved it. My wife and I were the stars in this classic mystery. BTW - my wife thinks your book covers are a work of art!"Jon C., Kelowna, BC

"I knew of Christie from the Poirot novels, but had never heard of this series until my best friend handed me this! Her in-laws got her a copy about her and her husband, and I can see the appeal. What a fun read! And the personalization is a great touch. I'm ordering myself a copy of Persuasion right now!"Heather L., Staten Island, NY

"A quick, entertaining read. This is almost spy fiction, mixed with adventure. I hope to see the other Tommy & Tuppence stories on BookByYou soon!"Kai D., Bryn Mawr, PA 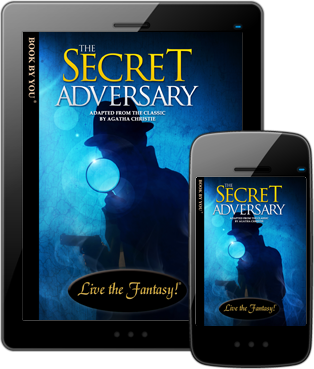