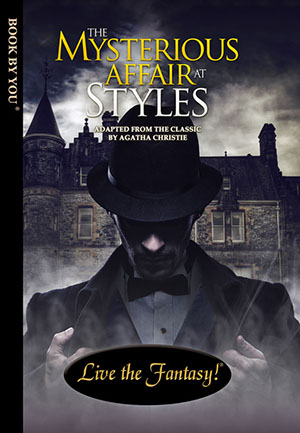 The Mysterious Affair at Styles

Please Wait!
Step into the shoes of Agatha Christie's most famous detective, Hercule Poirot. Track the clues, delving into the English Countryside during World War I, in Christie's beloved debut novel.   Read More

First published in 1920 in answer to a bet, The Mysterious Affair at Styles will certainly keep you guessing. Christie weaves a tangled web of mystery, murder, and deception in an isolated British country manor. The wealthy widow Emily Cavendish, recently remarried to a much younger man, is found dead after a heated argument with an unknown man. Our narrator, Lieutenant Hastings, enlists the help of his friend, brilliant but unconventional detective Hercule Poirot. Together they sort through the myriad suspects and twisted web of lies to solve the mysterious affair at Styles Manor.

This is your chance to question suspects, sort clues, catch the oft-overlooked details that could solve the crime, and uncover a sordid love affair! Will you and your cast of customizable characters be able to give the culprit his just deserts?

Agatha Christie's The Mysterious Affair at Styles, will set your heart pounding, keep your blood racing, and sharpen your wit with every turn of the page - and now that it's starring you, it’s sure to be a best-seller all over again! ...Read Less

Applause for The Mysterious Affair at Styles

The Mysterious Affair at Styles is the best! I was Hercule Poirot and my buddy was Hastings and I really have to say how surprised I was and how fun the book was. I'd read some Agatha Christie before but not this one so the story was a surprise and seeing my picture on the back cover really caught me off guard when I unwrapped it. I think I'm going to try Sherlock Holmes next!Rod C., Salem, OR

"This personalized book was my introduction to Christie. I brought it for my mystery-loving boyfriend and took a turn with it after he showed me Knives Out. So much fun -- I think mystery novels may be my new obsession!"Misty W., Katy, TX

"Poirot is my dad's favorite, so I ordered The Mysterious Affair at Styles for his retirement present. I even put a picture on the back of him in one of those silly Sherlock Holmes hats from Halloween a few years back. I can't wait to give it to him. He's going to love it!"Erin M., Greensburg, PA 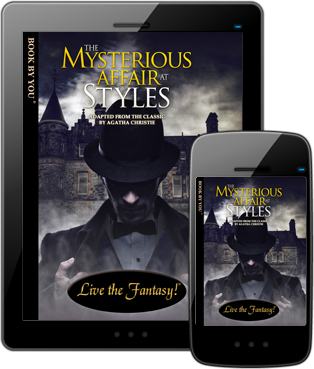