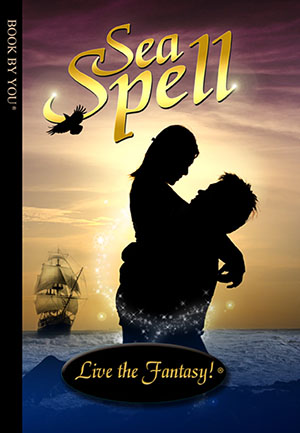 Save the World with Your Magic

Please Wait!
A powerful young Water Mage and a girl who must practice magic in secret join forces to save the world by searching for an ancient gem... and as they go along, they realize nothing's more magical than love.   Read More

Sea Spell's adventure begins when our quick, clever heroine--a reckless treasure-hunter--learns that a priceless magical jewel, the Siren's Eye, has been stolen from the royal palace. Eager to claim the reward money, she and her best friend decide to track down the missing gem themselves.

But the Siren's Eye is more valuable than they realize: it's needed to prevent ancient magic from destroying the world! With just five days left, many others are also hunting for this missing key--including our handsome young hero. He's a powerful Water Mage who's vowed to find the Eye, fearing that someone with a sinister agenda plans to unravel the very fabric of time.

When our hero and heroine’s paths cross, he disapproves of her recklessness, and she’s irritated by his controlling ways. Still, with humanity’s future at stake, the teens reluctantly join forces on the quest. Soon the Water Mage discovers our heroine's secret: she has a strong, untrained, and very illegal affinity for spell-casting.

Together with the hero's seafaring best friend, the group sails off on their dangerous adventure. Soon our hero and heroine are separated from their friends and must depend on each other to keep going... and face the magnetic forces of attraction between them. Mishaps and mayhem follow as they're aided along the way by a snide, wisecracking magic crow and a mysterious witch with an agenda of her own. ...Read Less

"This was amazing! The female characters fit me and my friend perfectly, and I really liked how strong their relationship was. Plus it was fun to be in charge of a major adventure quest alongside a certain hot guy of my choosing. (Also I was pleased to see "my" character was just as powerful in magic as him!)"Sierra D., New York, NY"

"I got this for my friend's birthday because she's into magic and fantasy, with me as her Best Friend, and even though I'm not as big a fan of that stuff as she is, we both absolutely LOVED this book! Not just for the action but there was lots of humor too. The Crow was hysterical. I may even get another copy where I can play the heroine this time."Leeza R., Reno, NV

"Sweet, fantastical, and so romantic. What a wonderful way to spend an afternoon."Beth B., Rock Hill, NC 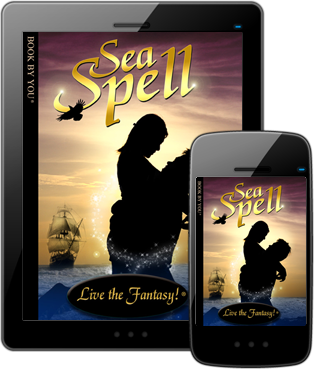